Moving to a new country requires a lot of research and leaving for a foreign country to study needs more than that. The student lifestyle in South Africa is different from other countries. The universities in the county offer countless programs to encourage the students and promote their future job options.

Students flow to the universities of these cities in South Africa: Cape Town, Grahamstown, Johannesburg, Pretoria, and Stellenbosch.

As a student, you also have the choice to study at a university of technology in South Africa. You will find these universities all over the country.

As for the teaching language, you can expect the English language to be the main language in most of the educational institutions in South Africa. Some classes are offered in English and another language as well.

The universities in South Africa provide the students with accommodation. It would be better to check the entry requirements and costs once selecting an educational institution.

If campus life is not suitable for you, you can find accommodation near the universities in most of the areas. For example, Rondebosch, Observatory, and Mowbray are located in Cape Town city, near the University of Cape Town. They are known as student areas. A number of apartments and houses are allocated specifically for the students.

Read more at how to find a student accommodation in South Africa.

The public transportation system in South Africa is not developed as it is in the European countries. This does not mean that you can not take a train or a bus in the country.

You have the two options available in the big cities.

Moreover, in Cape Town and Johannesburg, you can use MyCiti or Rea Vaya. These transit systems have benn adopted in the last few years. So, they are more modern in appearance and function.

It may also be beneficial to invest in a motorcycle or car in South Africa, if you seek independency. You can easily find one.

Additionally, it will facilitate traveling for longer distances or visiting other cities and countries for vacations. On the other hand, you may not need all this, if you decided to study in a small town. It will be easy to move on foot or using a friend’s car.

Of course you are not going to South Africa to study only. As any other foreign student, you are there to explore too.

You will find many great opportunities for exploration. Cape Town and Stellenbosch are great for outdoor activities. As for nightlife, there are more than enough to see and do in all student cities.

With the existance of 11 recognized official languages, no wonder that South Africa strongly becomes a home for various cultures.

This is especially in the post-apartheid era, as a great efforet is being exerted to reframe South Africa as the “Rainbow Nation” for its cultural diversity.

You can see this effort in the unique mixture of the indigenous cultures and the influence of colonialism. The foreign students in South Africa, in particular, will appreciate the artistic scene and the interesting stories

During the day, you will find students walk around in the Neighbourgoods market, which is a modern Bazar opens on Saturdays. It sells food and local handicrafts in Mary Fitzgerald Square, which is a cultural complex and home for theatres all year round. Moreover, you can find festivals and concerts all year round near Melville, which is a suburb where you can find most of the students of Wits and UJ Universities.

After discussing the student lifestyle in South Africa, do not forget to check the following articles: Costs of Studying and Living in South Africa 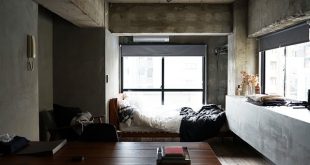 How to Get a Student Accommodation in South Africa How to Get a Study Visa in South Africa How to Study Master and PhD in South Africa 10 Tips to know before Studying in South Africa