Learn about the culture, customs and traditions of France

After we clarified the study cost and living cost in France, and to complete our articles on studying in France, it’s time to address the customs and traditions of the French society. We hope this guide will help you adapt to the society and make the most of your study experience in France.

Read our overview of the study and living cost in France.

The population and language

French is the official language, that at least 88% of the population speak, with several variants based on region. About 3% of the population speaks German dialects, and other dialects include Breton, Catalan, Occitan dialects and languages from former French colonies. Being multicultural, there are also many ethnic groups in the country, namely Basques, Bretons, Africans, North Africans, Eastern European, Southeast Asians, and more.

The cultural traditions of France

Culture in France originally has Celtic, Germanic and Roman influences. Marked by its diversity, it varies from a community and region to another. And one thing worth noticing is that despite nowadays’ globalization, the country has managed to preserve the culture in these small communities. And to pay a visit to the French countryside is a way to experience firsthand the best France has to offer in terms of culture, customs and traditions. So, during your study trip in France, don’t miss any opportunity to explore this multicultural society!

The importance of the French cuisine

French society is very caring about its cuisine. Indeed, it is one of the cuisines that has got good evaluation from UNESCO. Moreover, UNESCO added the French meal and rituals of its presentation to the list of intangible cultural human heritage. Basically, French cuisine is characterized by its wonderful taste and had an impact on most of the other culinary cultures in Europe.

Moreover, food in France is meant to be enjoyed and used as a mean for socializing. Like the cultural customs and traditions, cooking styles, dishes and ingredients in France also vary depending on the region. But some characteristics that unite them all is that the usual clichés about the French people and the baguette and their obsession with cheese are true!

Fashion in the French culture

France has a longstanding relationship with fashion and haute couture. So, it goes without saying that to blend in with the locals, you should always try to dress your best! At least, it might be better to leave out too comfy outfits and dress a little bit more “put together. An advice would be to wear more business casual clothes as often as possible.

This is one of the most interesting French traditions: always say hello and goodbye, which includes greeting the shopkeeper every time you enter a store! Actually, not saying hello, goodbye and thank you when you enter a small shop or café is seen as rude. Formal greetings include the classic “bonjour/bonsoir” whenever you meet someone, even if it’s a stranger. Informal greetings on the other hand consists of the double check-to-cheek air kiss – the one they call “faire la bise”.

The official working hours in the French governmental and private institutions are generally from Monday morning to Friday evening. Weekends are on Saturday and Sunday, work resumes on the following Monday and so on.

Furthermore, banks start their official business by receiving customers at nine in the morning, and they end at five o’clock, from Monday to Friday. Besides, most banks open their doors on Saturday from nine in the morning until one in the afternoon. Sunday all banks are closed.

Post offices follow the same work system as banks, regardless of the official working hours of Saturday, which are from eight in the morning until twelve noon. Basically, in most major French cities, there is a post office that works all the time.

Another part of the etiquette you need to know in order to adapt to the French society is the gift giving practices. When arriving at people’s home for dinner, it’s usual to bring the host a small gift. The smartest move will be to bring either a small box of chocolates or fine candies, or even flowers. Just, at any moment, don’t bring chrysanthemums, as in France, French people associate it with death!

The importance of art in the French culture and traditions

Art has a special place in the culture, customs and traditions of France. French literature, painting, cinema have made the fame of the country throughout history and have given France its worldwide reputation in this area. And even today, art still is highly esteemed in France. And the globally renowned The Louvre which is the largest art museum in the world is the proof of that.

Check also our ultimate guide about studying in France The best business schools in France Studying and living costs in France How to get student accommodation in France 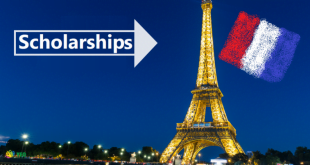 How to get a scholarship to study in France? How to obtain a student visa in France

The 10 Best Universities in France for International Students How can I get admission in university in France?